What it means to be HUMAN 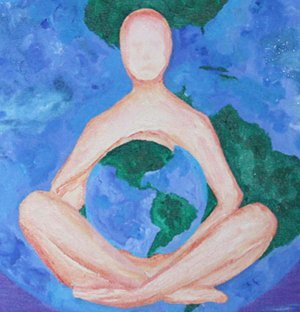 17 Nov What it means to be HUMAN

What does it mean to be human?

Often individuals will say things such as “I’m only human”, or “it’s human nature to do that”.  Mostly about negative actions. There is one adjective which is used positively, and that is “humane”.

There is so much conflicting information about where we came from.  Some say we were created by a god, others that we evolved from monkeys. Others that we are a mishmash of alien and Earthly DNA material.

And, our nature, what it means to be one of us, a human being, is riddled with cultural, religious and social programming.

I would like to share with you what I understand being human means. Also, give you a viewpoint as an observer which is one that is probably different to most.

First of all, I see a human being as a symbiotic relationship between a “person” and his or her “body”.  The body has its own intelligence, as well as its own evolutionary path. The body is the most evolved material manifestation of Divine Consciousness.

It is amazing how many feelings, emotions, thoughts, and states of “being” are the body’s alone. Including the fear of loss. Or bad moods due to low blood sugar. Or wanting to be with other humans.

One little secret about the human body that “the powers that were” do not want you to know, is that it is the most advanced artifact in existence on the planet (and probably lots of planets). And when we unite with other “bodies” to meditate, or do energy work, we can shift mountains. We were disabled vibrationally and genetically to stop us from knowing and accessing these abilities thousands of years ago and anyone who reactivated them was burned at the stake.

The person, or “soul”, is the most evolved manifestation of Divine Consciousness as Other.

Of course, when we look around, we see many individuals, including ourselves at times, who do not seem very evolved at all.

This is where the veil of forgetfulness comes in. In order to play a game at the level of a singularity in this planet, we choose to forget our divinity and omnipotence.

All sentient singular consciousness constructs, whether human or other species, have by default forgotten what it is to be Source. There are different levels of forgetfulness as we become a singularity, but there is always some level of it.

The reason for being on the planet also varies to each person here. Many just want to stay alive for the sake of living, no matter what that life brings. Others want to “evolve” into something else. Someone more aware perhaps. Ascend into a state of life which is “higher vibrational” than what we have now.

Personally speaking, none of the above apply. I am here to do a job, which is to raise the vibrational level of the planet, and everything else is irrelevant. As far as I can see, I did not have a “soul” life before this one, nor will I have one after this one is over.

At the same time, I have a 45 year history on the planet. Most of those years were spent in anonymity. I also have four children, two siblings, and many relatives and friends. Basically, I have lived a “human” life.

Most of the time I have spent as a human being has been a complete puzzle to me. A very unpleasant and unwanted experience at an experiential level. However, what I “feel” about existing as a singularity although irrelevant at a “personal” level,  has proven to be very helpful in the job I came here to do.

What it means to be human at this particular planetary time/space has never been more exciting. On the one hand we have millions of individuals who have incarnated here from other planets and dimensions, for the past few decades in order to raise the vibrational level of the Human Collective. On the other, we have a whole group of sentient beings who have lived off the energy generated by humans for thousands of years, and as we raise the vibrational level of the planet, the entire planet is becoming toxic to them and they are doing everything they can to keep their “cattle” asleep.

War, starvation, pestilence (and the fear they bring) are completely unnatural to the human species. This is why so many soldiers come back “broken people” from war zones. We are not built to live in low vibrational environments.

Death is only experienced at a “body” level. The body dies and disintegrates. Its “intelligence” moves on and forms another material body. The “being/soul/person” can move in and out of his or her body, can even switch bodies and can reincarnate into a new body once it looses the last one.

So why do these other “negative” entities want us to stay asleep? Why do they use us as their personal batteries?

The reason is that our bodies are the most amazing artifacts in existence. We can not only create things in the material world, but we can generate enormous amounts of energy/vibration in our physical and subtle bodies. As these negative beings are not native to our “matrix”, they need to feed on something in order to exist. And that something is our fear and other low vibrational emotions.

As I walk through the city, I am in awe at what we create. From the smallest thing, a light-bulb for example, to the most amazing buildings and all the technology that is used to keep it functioning.  Even something like a car, it is amazing to behold.

There is still much to learn, from my perspective, of what it means to be human. However, one thing I do know, we are here at this junction of time/space, all of us to be just that: HUMAN.