Awakened Western Woman – You are the Key. 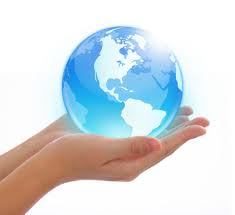 29 Aug Awakened Western Woman – You are the Key.

When one, just one, woman learns a method to raise her personal vibration, in other words she starts ascending in evolution, she will share it with her friends, she will teach it to her kids, and will also share with her family and partner. Or try to.

This is why women have been the target of religious and social programming for as long as we can remember. Because it is through women, that belief systems, teachings, social rules, and reality, is spread into our human collective.

Let’s think of children and who forms them. Most teachers are female. All mothers are female. And yes, what you do in your pregnancy does affect the fetus. So even if a child is being raised by men, he or she had a big programming session for nine months inside the biological mother’s womb. Most religious followers are women. Women who then take those teachings home and teach them to their kids. Or to school, where they teach it to their students.  And most of this is done unconsciously, unthinking, just through actions, and emotions, and the sharing of interest.

I worked for two years with a friend of mine who is fully dedicated in teaching women to stand in their own power. Her mission, and journey, has been met with horrendous resistance. She was even killed once for it.  But she came back.  For most of these two years of working with her, I did not understand her passion, her unwavering stubbornness in her mission of working only with women. Yes, her teachings are available to men and women alike, but her personal work is only with women. Then I got it! I was able to experience what power a woman has, and what an unstoppable force a group of women can be, at a global scale.

Imagine what will happen if we add a few million to the list!

I placed the tools I use to raise my personal vibration on the Tools menu tab of IneliaBenz.com. Use these, or use whatever resonates with you that you already know, but do it today: Tools