The Original Architects, Creators of Our Species… 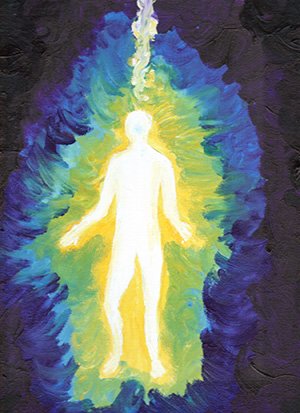 09 Oct The Original Architects, Creators of Our Species…

You have no idea how excited I am to be able to share this information with you.  I invite you to look at it with a sense of sharing a story, dream, myth, novel or memory.

This topic is something I have been looking at for years now, and the information has been coming in bits and pieces all this time, the latest piece arrived as I was preparing for my monthly class over at AWAKEN Academy: Ultradimensional Incarnation.

This class was an exploration into the ultradimensional aspect of our DNA, and how, by activating it, our psychic abilities increase.   Part of understanding the Ultradimensional aspect of our DNA requires  looking at where our DNA originated. While preparing for the various aspects explored in the class, looking at the origin of our species revealed one tiny bit of further information that is amazing.

For a few years now, I’ve been aware of a species I call the Original Architects. As I mentioned in the class, they are not THE original architects of universe, just the ones who started the ball rolling for our own species, the Human Race.  I could see that they created a humanoid species out of Gaia’s DNA material. That the species they created was One with the planet. It was made of matter, Earthly matter.  Most individuals who are educated on “alternative” human history of origin, will know about the Annunaki.  I will talk about the Annunaki role later on in this article, but one thing to know is that they are not the Original Architects. The Annunaki came, much, much later.

The reason why the Original Architects would create a Gaian humanoid species is, from what I can see, anything from scientific curiosity, entertainment, their own expansion of dimensional experience by creating bodies they could incarnate into, or the creation of their own species (think of it as non-linear time of the chicken and the egg question).

The reason they created us, perhaps, will be revealed when we “hatch” 🙂

The first humanoid species they created was different to us in many ways. They were physically more “solid”. They had a larger Gaian DNA percentage than we do now. Their form of communication was experiential and whole, not verbal and fractured. Their decision making and nature were linked intrinsically with the planet and every other species on it.  Their individual and collective mind worked a bit like those huge flocks of tiny birds that sometimes can be seen in the sky, moving like an intelligent cloud, fast, making fascinating shapes, never two birds flying into each other.

They created us to be flexible, our DNA wide open (a bit like open source programs on the internet). Then they withdrew their presence.  Others came and altered our DNA, our natures, our roles, and our “reason to exist”.  Others added their own DNA to our mix, and placed programs and functions with it. The Annunaki come to mind, creating a slave species.

And this is the bit that arrived now: The Original Architects always knew that other species would come and “play” with their creation. That enormously different species would add their DNA to the mix. That high vibrational species would be called to incarnate here. And all this was part of the plan. A type of intergalactic and interdimensional open source cross pollination.

It feels very much like they are of “one mind with us”. Like not only are they observing from somewhere or sometime, but they contain all our experience, our thoughts, and more.  Yet, they are not attached. They don’t seem to be attached to us like we might think a parent would to their own child.

The strongest energy I get when I feel their sense of us, is surprise, or delight, that something worked beyond their wildest expectations. Or even that we can sense them and know they exist and what they did.

This article probably poses more questions than it answers. And that’s because it is simply a tiny bit of information which you can play with. As an exercise, I would invite you to “pretend it is true” and follow this data back to them. See what happens. See if you get more data. Even if it is “pretend”.

Feel free to add your seeing in the comments section below, or twitter me at https://twitter.com/inelia 😉

Related Read: Anunnaki and why WE matter