The Divine Masculine – Call to Action

Posted at 11:45h in Newsletters by Inelia Benz
Tweet 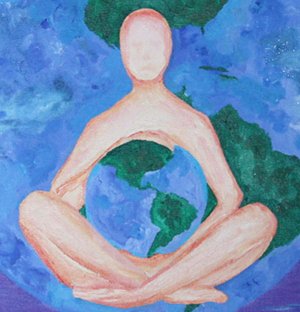 As we create the new paradigm, we hear and use the words “Divine Feminine”, “Goddess Within”, “Mother Earth”, “Pachamama”, “Solar Feminine”, a lot.

They represent what is best about the feminine energies in our selves and our planet.

But what of the “Divine Masculine”, “Pachapapa”, “God Within”, “Father Earth”, “Solar Masculine”?

The Divine Masculine energy has been hijacked by our collective choices the past few thousand years to be the “bad guy” in the story. Not the accused “bad guy”, which was the feminine, but the “actual” bad guy.

We have projected onto the Divine Masculine, as a society, the Tyrant, the Aggressor, the Rescuer, the Martyr, the Savior, Teacher, God All Powerful.  In other words, all the “doers” in the victim/aggressor cycle.

During the past few thousands years, to experience the Patriarchy, we have used culture, religion, and genetics to establish power onto men in a configuration which is corruptible. A power configuration of hierarchy of power over others.

So where does that leave us today?

We have, as individuals and as a society, an enormous amount of programs, beliefs, religious doctrine, and cultural patterns, that color, filter and interpret the “Divine Masculine”, into the energies of Tyrant, Aggressor, Rescuer, Martyr, Savior, Teacher, God All Powerful. All mighty, scary and cruel, gentle teacher, suffering martyr.  Does it sound familiar?

Men, who are working on their ascension, find it difficult and often overcompensate one way or the other in order to make amends to society, the women in their lives, their kids, and their own lives.
They try to be the rescuer, savior, teacher, guide so that they balance the tyrant, aggressor out.

But these configurations are still giving power to the victim/aggressor cycle.

As a species, most of us, don’t KNOW how to reconnect with the healthy, pure, crystalline energy of the Divine Masculine, without projecting something for it to do for us. Whether to save us, protect us, love us, rescue us… the list goes on.

Power, chi, energy, that has been polarized into feminine and masculine, but are in ESSENCE the same. The only separation, and the programs, roles and beliefs attached to each, come from us. We have physical sexual organs and identity genders that puts us firmly into being able to filter and tap into this CHI essence as either Feminine or Masculine, and use it accordingly. We can also tap into the other one, the one that does not correspond to our sexual organs or gender. But there’s often resistance.

For now, the INTENT is enough. As we progress with the intent in the next few days and weeks, and process any issues that come up, we can then start moving toward BEING the Divine Masculine incarnate.  Let’s take back the Divine Masculine, clean him from programs, projections and chains, and see what happens.

Write down all the resistances that come up when you read that. Also any programs that get triggered. And simply observe them, allow them to express, don’t judge them or push them away. Simply allow them to exist in your field, while you watch and acknowledge them.

If they are stuck programs, or heavy triggers, use the fear processing exercise on them, or find another useful processing and deprogramming tool to use on them.