Spaceship Earth – and YOU are the captain. 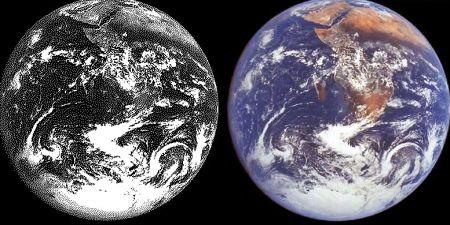 31 Aug Spaceship Earth – and YOU are the captain.

The shift has reached it’s final stage… now it is up to you.

On the week of the 22nd to the 28th of August 2011, I was kindly asked by Source to step outside.  This doesn’t happen often, it is rare, and normally lasts a few minutes, hours, or at the most a couple of days.  This time, it lasted a whole week.

What does this mean? It means that I leave a “place holder” in this reality matrix, but I, the being, steps outside.  The body, subtle bodies, and “awareness” stay, but it is like watching a movie, or a car driving on the highway, which one’s body is driving, but one is watching it from afar.

As I observed “reality” from the outside, I could sense big shifts happening, enormous changes, the walls between dimensions becoming thin, my “human” perceptions could detect movement, lights and shadows.

Then, I was asked to return.  And the news is big.

At the same time, an old friend who was a top ass-kicking mystic, sent her newsletter out.  In the newsletter she expressed her feeling of leaving behind the old world, and entering the new.

I knew something was up, big time, but did not understand what had happened, as I was outside, and why had I been taken out of the picture while it was happening?

My old friend and I had discussion about it.  And while we talked about what each of us had experienced, I realized the truth.

As she calls it, the Splitting of the Worlds.  This event, mentioned by so many, awaited by millions, mentioned in religions and cultures around the world, had happened.  That much I knew.

The souls divided between light and dark, awakened and asleep, aware and blind.

What I realized, was the reason I was taken out of the equation was two fold.

One, this is  not my game, I am just here to raise the level of vibration of the planet, including the collective.  I do not choose the outcome of the collective, or its individual members, the collective does that.  Yet, I did not agree with this outcome.  I wanted, yes, I really wanted, for all human beings to be lifted in their vibration for them to wake up enough that they make an educated choice.  But that did not happen.  An agreement was struck roughly a year ago, about what happens with those who did not wake up enough to make a choice.  The agreement was that the “dark side” take them into their new reality.  The reality where enslavement, pain, suffering and fear reign.  Why? Because there is something in the game called “free will”.  The population was informed, and if an individual decides to ignore that information, it means they do not want to know.  It means someone else can make a decision for them.

Secondly, the movement of those billions of souls into darkness would have been too painful for me to “experience” and survive in human form.

My heart ached.  And I was surprised… I didn’t think I would feel it. It is what the collective wants, after all. But my physical and subtle bodies feel the loss.  Is it ego? Perhaps.

This sadness, deep sorrow, I felt it once before.  A few weeks back I was in touch with the consciousness of the Lemurian collective.  And that was what they expressed. At the time I understood that back in Earth history a splitting had happened and that the sadness the Lemurians felt was from leaving their brethren behind, all those humans that did not awaken.  And, what we call the “middle Earth”, is that Earth that moved on, into a higher vibration, occupying the same location, but a different space/time vibration.

And it has happened again.

What we are experiencing now, this week, the presence of fear, darkness, war, famine, suffering, and sleepers, is the “shadow” of the previous reality. The only way to remove it is to process fear and inject light and love into the planet, BIG TIME. Big events, such as the hurricane in NY, and the Elenin comet, that were “supposed” to make a mess of certain areas of the planet, have frizzled away to not much at all.  The Fear Machine, is failing. The human spirit wins.  In the next 3 generations, the sleepers and their masters will leave our planet as they live out their lives, and will not be able to return. What happens during those years, is up to us.

Now for the important information.  How do you, as an individual, steer the Ship?  Because you can, you see.

Learn the rules.  And the first, and most important rule to learn, is that whatever happens on the planet, or in your life, cannot happen if you do not agree with it. And everything that happens, happens because you either agree with it, or do not cast a vote.

It is not up to me to choose whether those billions of sleepers are carried by us, forced to wake up, or left to their choice of wanting to stay asleep, not responsible for their actions, and let the “dark” take responsibility for them as they take them into a denser, darker Earth.

It is not up to me to decide how fast we remove the shadows and step fully into the new, higher vibrational, reality. Why wait 3 generations when we could have it in 3 months?  We decide. We decide what we agree with and what we don’t agree with.

We all cast our vote.

So here is what we do, here is how we cast our vote:

Choose a person, situation, location, personal topic, or worldwide event, that you do not agree with.  Then, draw a red circle around it, and a line across it.  Say the words, “I do not agree with this”.  Next, visualize what you would like to see, what you do agree with, and place a green tick next to it. It is very, very simple, and quick. So much so, that one might think it is not life changing, but it is.  Try it.  Try it with the big things, and the little things. Use it every day, and watch.  What do you have to lose by trying it out? Nothing.