Sometimes I lose my patience… 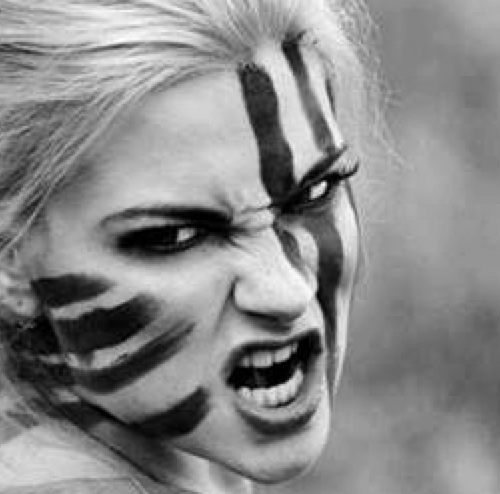 19 Sep Sometimes I lose my patience…

WARNING! The next four paragraphs are filled with what is going on in the alternative and main media outlets… but bear with me, it will all become very clear from the fifth paragraph onward:

The past month, or three, has seen a flurry of end of the world predictions, with their accompanying saviors.  Apparently we have avoided two major world and species annihilations thanks to the dedicated work and organized world meditations by ultra dimensional beings and their followers.  OH! and apparently they have ensured we will “wake up and evolve” more for the next year, due to their diligent work. Thank you 😀

And… at least three spiritual teachers have fallen off their pedestals by exploiting their followers sexually, emotionally, mentally and sometimes financially too.  There are now dedicated sites stating that all spiritual advancement, empowerment sites and teacher are bullshit and their followers are now liberated, going back to “real life” and rejoining the workforce.

At a personal level, I have found myself to having to set up strong boundaries with new and old acquaintances and individuals as well as having to cut people off and ban them from my life. It’s been more than traumatic!  It is almost like sleepers in our lives have been focused and triggered to “attack”. People who were mostly keeping their evil intent and insecurities (their true colors) under wraps, are now on the warpath. Not only that, but people who are awake and awakening, can now see the real reasons and true intent of those sleepers. And they are finding it hard to “excuse” the sleepers’ behavior away.

So… what do all these social and personal attacks, fear mongering, warring havoc mean? Why now?

We entered the present accelerated evolutionary locational window in the universe about 200 years ago. The 1800s saw the first incling of it. Our society and the lives of the most oppressed began to shift and change. You may think that there are plenty of places on the planet that life is still super hard for certain sections of the population. And that is true, but even there it is easier for them today than it was 200 years ago.

The epicenter of that locational window is coming up on us now. We are inside the center and getting to the most “dense” point of the energy which exists here, which can be most accurately described as “infinite potentiality”. The epicenter is about 2 years long. After that, we go back to more “stable”, “slow” and “established” reality.

By pumping the alternative media, and the main media with fear stories, doomsday stories, and end of the world or humanity stories, the people who want to keep a power over others game going on Earth are simply collecting their “stock”.  Individuals who subscribe to all those stories and fall into fear, and those who become spiritually, emotionally and mentally exhausted and give up on their own awakening, are simply cattle being duly guided back to their barn to be milked like good little cows. And what is the main indicator of who is being taken back to the barn and who is not? Well, even among the most “spiritual” of people, the ones that are going back are those who give their own power away.

What does giving one’s power away look like? Well, one way is to believe that the Savior of the Universe is HERE and he/she/they are making sure you are SAFE. Have you heard that lately? Yeah, just a line to the old paradigm where saviors where “the only ones” who could liberate eternal, divine, all powerful beings, from enslavement. Like an eternal, divine powerful being could be enslaved. But people when they start to wake up, still have powerful firewalls that tell them they are not as “powerful” or “wise” as another person or being. So, there are lightworker traps out there that snare them in and keep them busy until the lightworker gets wise or exhausted. If he or she gets wise, they step away from the dogma they were following and continue their journey in a more eclectic and self guided way. If  they get exhausted, they call all spiritual teachers “cult leaders”, go back to their church, job and 9-5 matrix.

But most don’t even make it that far. Most people who are waking up get snared in the “doomsday” scenarios, stories and whistle blowers. End of the world dates come and go over and over again. And whistleblowers (45 top secret levels above the President of the USA) come and go, come and go. They say some interesting things to pull people in, then they go on a tangent. And what does this cause? Well, most individuals will at some point get tired of it all and go back to their 9-5 lives. Others will realize that this age and time is about them taking responsibility for their own expansion of awareness, spiritual development, and move into the “spiritual community”. Most of these will then fall prey to people who are ready and waiting to take their power. People who have “a unique and the only way, or group of extra dimensional beings” that fixes everything, or is the salvation of the individual and the planet. Because of all the many programs the human population has that makes them give away their power, most of these individuals will then fall into these traps and either spend the rest of their life waiting to be saved, or … leave their spiritual journey because “it’s all a load of BS”.

But some make it. And if you are still reading this article, that means YOU.

After that journey, or parts of it, the person realizes that they ARE powerful. That all they need to do is learn how to take back and use their own power, stop giving it away, and become highly eclectic in their self guided spiritual and evolutionary education. The person has graduated to follow their own guidance. Now they can go out into the world and learn everything that resonates with them. Drop everything that doesn’t, and become powerful, able, and deprogrammed.

1.  deriving ideas, style, or taste from a broad and diverse range of sources.”her musical tastes are eclectic”

2.  Philosophy  of, denoting, or belonging to a class of ancient philosophers who did not belong to or found any recognized school of thought but selected such doctrines as they wished from various schools.
noun
noun: eclectic; plural noun: eclectics

1.  a person who derives ideas, style, or taste from a broad and diverse range of sources.

Related article: I am so DONE with all this BS!