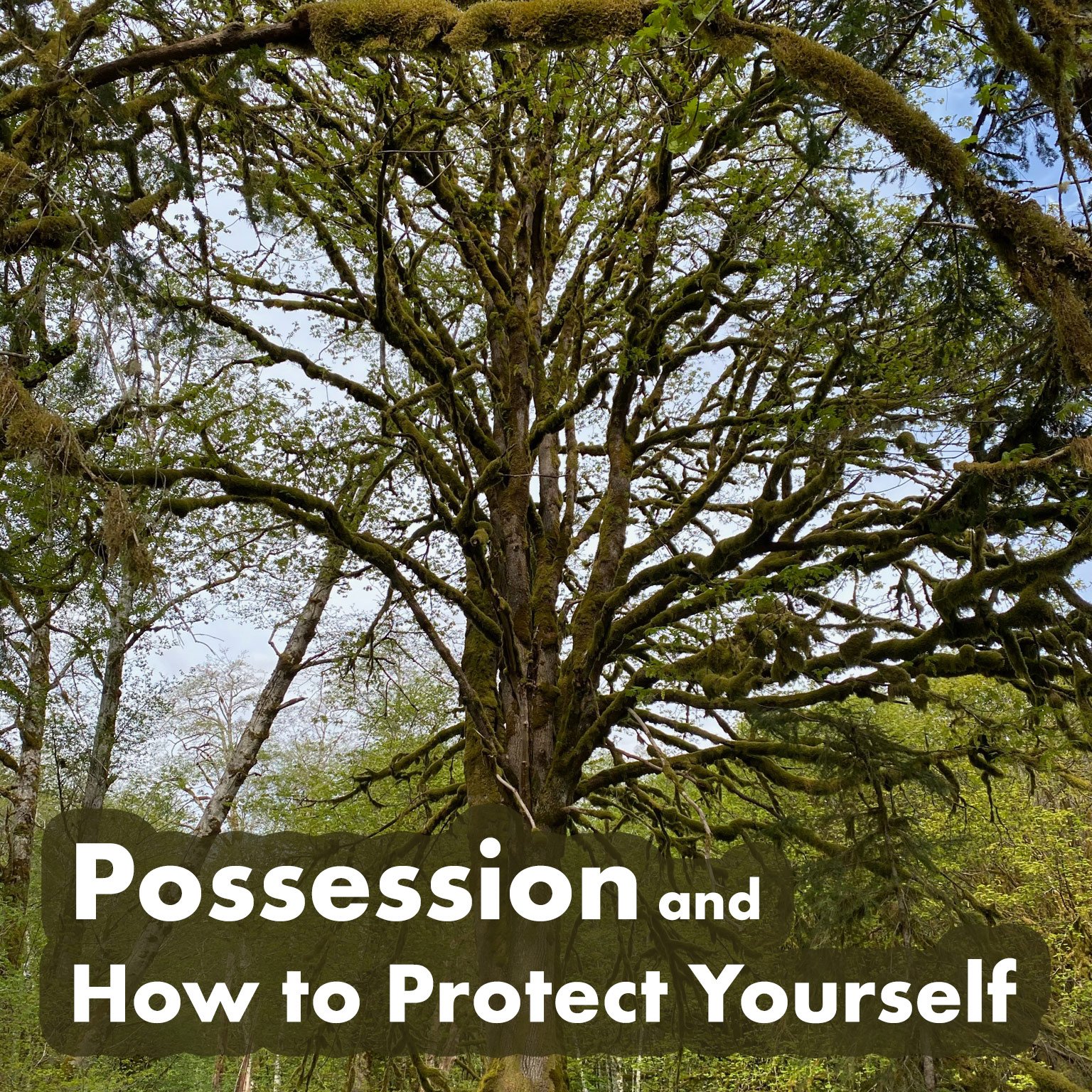 Possession and How to Protect yourself

In depth exploration of what possession is and what to do about it.

Larry and Inelia delve deeply into a topic which is resurfacing into modern society, bringing with them ancient wisdom and modern tools to figure out how to deal with the extremely common situation of possession.

Definition of the word “Possession” as it is being used in this class, from Internet dictionaries:

Have you ever taken a drink, drug or been in a stressful or painful situation and then did something that was out of character for you? Yup, that was you being possessed (usually in an unconscious way) by another entity. Have you ever felt like you are not quite yourself? Yup, it’s not you. Have you seen how some people completely change after an operation or accident, get depressed or destructive, yup, they are possessed.

The only way these entities can take over a person’s life requires an action, situation or substance to allow them to be possessed. Learn what those are and how to avoid unconscious possession in stressful or toxic situations as well as removing any possessions you may have subconsciously allowed in the past.

Did you know that positive entities, such as angels for example, cannot possess a person? Possession as defined as domination and control is not something a high-frequency being would do to another.

Take this class to learn the mechanics behind possessions, know what to watch for, how to deal with it, and how to prevent it in the future.

Let’s step out of the victim/aggressor paradigm and into the sovereign state that flows naturally from our higher purpose.

You get the video, the audio, and the transcript of the class.

✅ Instant Access to 8 more classes we published before, including the popular Enlightenment class and Inelia Looking at 2023.

✅ Instant Access to part Two of the Driving to the Rez podcast.