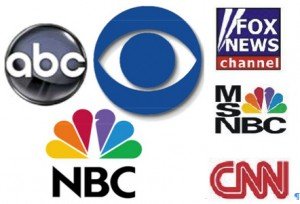 23 May Mass Media Changing Paradigm? What?

I have been looking at the past months of media released information with regard to what is happening on the planet ,and I was surprised to find that major outlets are now being used to release information which was previously reported to be “tin hat looney bin conspiracy theory crackpot fantasies”.

They way this information is being released is highly controlled and minimized by the medium it is being presented on, or invalidated by the comments released with the information. As well as limited in the scope of the information. Sometimes, the data released is talked about as though it’s going to happen some time in the future. But it is seeping through.

A  while back, Al Gore spoke about chemtrails on a major network show, but referring them to some future crazy plan.

We also had some mainstreammedia covering the  Citizens Hearing on Disclosure, but emphasizing how the participants had been paid a lot of money to sit through it.

At the start of 2013, I saw the coverage of the harmful effects of fluoride in our water, reported by Fox News. A step in the right direction? Tiny step, but at least some of the information is being delivered to the sleeping masses. This is always good news to me. Plus it is an article I can send to all my conservative friends and relatives, as it was released in their media network.

My satisfaction comes from the fact that the Flouride being harmful information is now being given to the sleeping masses. it is still limited as they don’t mention decreased IQ or the damage to the brain and pituitary gland, and that it disconnects us from our capacity to connect with our inner Source. But at least it is a step in the right direction.

I also did wonder about the cabal’s ulterior motives. Not so much of the publication but the reversal of health concerns of fluoride by a governing body. The most negative view is that they want to add something even more debilitating, or perhaps DNA manipulative, that is incompatible with fluoride, to our water supply. And the most positive is that we are finally seeing a shift in the puppeteers that reflect the higher planetary vibration.

The same train of thought went through my mind when I watched Iron Man III. If you haven’t watched this movie yet, do so. Not because it’s entertaining, and has a great sense of humor, but because in the movie (and on movies I and II also), they blatantly reveal the false flag creation process, the reason behind wars (commercial), and in Iron Man III the false creation of a terrorist to create and feed the “war on terror”, naming the real false terrorists created by the cabal.  Fascinating.

Yet, it is released in the format of a fantasy film, where nothing is real, it’s all science-fiction.

After watching Iron Man III I was in two minds, again amused that the information had been blatantly released to the sleeping masses, and at the same time KNOWING that one of the major rules of this planet is to LET PEOPLE KNOW what is being done to them, and if they do not respond by saying it is not acceptable, it is carried out, or continues to be carried out.

That’s one of the reasons why my website and FB pages have not been taken down. The pages are completely vulnerable. One person in the government, clicking one button, can take both sites down in an instant. Yet my channel of information, and thousands of others out there, are not taken down. Why? Because we server the purpose of letting the masses know what is really going on. Whether they choose to click on that information, or visit the site, is another matter.

The times when my sites have been taken down, are when a certain flavor of information is released. But the sites are then fully restored a few hours later. What is that information? That YOU are the CREATOR OF THIS REALITY.  That your consent and you not consenting, rules the world. FYI if you do not make a choice, that is considered a consent to what is happening or proposed.

If you are physically actively minded, write to the network and producers of these shows and films to give your positive reinforcement on their covering the truth, and at the same time encouraging them to cover more information.  Send the information that is accurately, albeit minimally, covered in mainstream media to all of your sleeping relatives and friends.

We humans are addicted to drama. If you think you are not, think about this for a minute, all futuristic movies that have made it to the box office have a really negative, cabal ruled planet Earth, where enslavement, disempowerment and little value to human life are rampant.  Now imagine a movie that shows planet earth that is beautiful, clean, where everyone here is actively consciously and powerfully manifesting their perfect life on this Earth. Where there is no power over others. No dark motives. No threat and no fear.  Any first reactions of thought? Don’t censure yourself or make yourself “right” right away. What comes when looking at it honestly? Perhapns it is a thought of “it’s not going to happen in my lifetime”, or “it’s boring”, or “we need darkness in order to see the light”, or “we can’t do it”. Take a look at any barriers to that reality happening. Both that future Earth, and the present day movie being created for us to see, and be excited about seeing it.

What possible plots in that world would inspire millions of people to pay to watch it in the cinema or buy the DVD? What plots would send you to the cinema to watch it?

Sit with it. Let’s think of plots that would do just that, that don’t require an opposing faction to try and destroy the Earth, or enslave humanity, or have a hidden evil reason that allows the planet to exist and are exciting and stimulating to watch.