Language as a tool of enslavement… 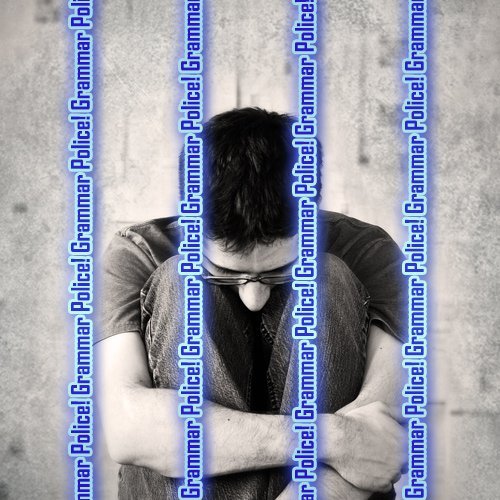 16 Feb Language as a tool of enslavement…

Have you wondered why we all spell things the same way, well not quite, as in England we spell things differently from the States – same with Spanish from Spain and Spanish from South America, but generally it’s pretty uniform.
Also, did you know that the structuring of sentences (e.g. some people beLIEve that a sentence MUST have a subject, verb, and no more than one adjective… must all be in the same tense… and same “person”)… is a very recent invention?

It blocks the free flow of information and energy behind the words. Not only of writing it, but also of it being received. If the writing has “mistakes” or “errors”, a person stuck in the “grammar matrix” will not be able to understand it, or will get terribly distracted by these “errors in grammar” and miss the point, thought, or energy being carried in the piece they were reading. It creates minds that are barren (only in expression), restricted and overall unsure of how to express fully, without mistakes.

I had the good fortune of manifesting two amazing English teachers. One in high-school, and the other at University. They both taught that the best thing a person can do, is to forget all grammar, and any other kind of rule that dictates the free flow of energy and information while we write… including how many commas we can use in a sentence… how long the sentence needs to be… how many times we can use “and” or whatever… and even the rule that says we cannot invent new wordiethings. Also, they taught me that colons ( : ), dashes ( – ), semicolons ( ; ), slashes ( / ) and parenthesis (()), belong in mathematical formulas only and have no place in a free flow of expression (they divide and fracture). And… never have a “but” or “and” start a sentence, and especially not start a pragraph! And… to forget all that too and just do what we bloody well want.

Both gave the following example of one of the greatest chapters in English literature, which is a perfect example of free flow of energy (emotion, thoughts, information, visualization): James Joyce’s Penelope (Episode 18 of Ulysses) www.online-literature.com/james_joyce/ulysses/18/

Here is some historical data on the invention of grammar and spelling for the English language ~ look at the qualifications of the men who invented it to understand the real reason for it: en.wikipedia.org/wiki/History_of_English_grammars

And it basically pretty much reflects why rules were invented for older languages and modern languages too. Aristotle didn’t follow any grammatical rules 😉  What we think these days as the sentence’s subject (originally “the concept being looked at”), which is what the sentence “subject” was based on, has been totally misunderstood: home.mira.net/~andy/works/aristotle.htm

Anyways, I am sharing this with you because language is something that didn’t start being dogmatic and filled with rules and structures. A bit like religion… it was hijacked for a while so we could experience separation really well. Now we move on.

It’s not about blame, ever. Remember that we are the ones using language and subscribing to things, and giving our power away, and taking our power back… no one can force us to do anything. But I can see that we can easily fall into the victim/aggressor thing here. My article is really aimed at making us aware of our choices, and how a divisive, unnatural, structure was introduced into our communication system. It also has really good bits to it, that help us in communicating better, like a standardized spelling system (one we can all understand)… I think is very useful. As we become aware, we have greater freedom to choose to keep aspects of it or discard them.

I invite you to step out of grammar and express as your heart desires! And I can say that because I have a 1st Class Honours Degree in Communication Studies from Dublin City University and got the highest scores ever achieved by anyone on Sociolinguistics… which was taught by the top linguist in the world at the time… how about that for a push on authority hehehehehehehehe :O 8) Did it make this post suddenly become more real and something to listen to for you? That’s about the programming that says we can only talk about language if we have a degree or two, or ten… or it means nothing. A whole subject in and of itself.