Is the Path of the Shaman Calling You? – Machi

01 Aug Is the Path of the Shaman Calling You? – Machi 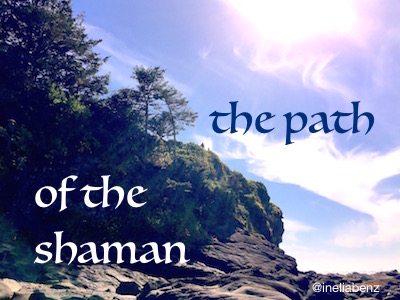 On our planet, we are indeed one collective consciousness. Every single species is conscious and joined with other consciousness around us. But for us, humans, this larger existence is "invisible", or "unreachable" most of the time. There are some amazing singular beings and also amazing collective beings (in every single flavor) on this planet. And just getting to know them is an amazing journey.

The topic is making its way into our collective awareness for sure.

People who can connect, communicate and co-create with different earth species, as well as travel through dimensions, are often called, or labeled, "shamans". The word "shaman" is originally from Eastern Europe, but nowadays is has very different, or broader, meaning. I have met a handful of shamans in my life, and they were not limited to Native people, or to any particular race. But as soon as we met, there was a knowing of the other, their skills and their abilities. I am not a shaman, but I do carry a shamanic stream of consciousness within me. One that I have not developed nor identify with, but have used on occasion and have also "shared" with a handful of people around the world.

Some of you may be familiar with the experience I had as a 7 year old, when I was dying of pneumonia and a Machi (Mapuche healing/holy/leader/shaman person – Mapuche are Native American from Southern Chile and Argentina), was brought in to save my life. One of the things that happened, was that I basically was initiated into the Machi "stream of consciousness". Part of that, and only limited by the individual Machi, is the capacity to connect with and commune with just about every consciousness one comes into contact with. The "Machi stream of consciousness" chooses who becomes Machi, and that is not necessarily who the Machi (human person) decides is/becomes a Machi. Long story short, I started to get the full consciousness stream downloaded into my 7 year old self, and the woman Machi in front of me freaked out, cut the connection and called me a thieving white devil. She refused to look into my eyes from that moment, even though I begged her to continue the download, she never came back to the house to continue treatment. I heard about the "white devil stealing her Machi" later, as my granduncle tried to explain to my grandmother why the Machi would not return to see me.

As I was left to my own devices, the stream of consciousness basically took it upon itself to train me. Normally the Machi to be would have a long training period with an older Machi. This didn't happen in my case because the Machi I had the fortune to get acquainted with would have nothing to do with me (she was very much in her spiritual ego stage and would not be "upsmarted" by a white girl).

Anyways… during my years since, over 40, I have found that the Machi consciousness stream has a life and mind of her own. She will jump into other people (after they agree) and they too can become Machi if they choose. When this happens, I do my best to train the new Machi, with the stream of consciousness's assistance, but often they live in other places and have to basically fend for themselves.

When I was in my 30s, I had the opportunity to visit with a second Machi, and this one took one look into my eyes and was extremely happy and delighted that I was "one of ours". It's a bit cliché, I know, to be "seen and recognized by a Native American Shaman/Holy person/Machi/healer" for validation of what one knows already lol… I was in a very disabled and defeated state at the time, so her validation was like a breath of fresh air. Changed everything actually. But the important part of this bit of the story, was that she showed me how her stream of the Machi was able to connect and commune with other consciousnesses. Super awesome. She wanted me to drop everything and go live next to her, but I wasn't able to do that at the time. I will often sense her awareness and we will have a chat, share insights and information, skills and wisdoms.

Here is a conversation we need to have about shamanism: what is its nature and how can we make sure we are looking at a "genuine" "certified" and "backed up by authority" shamanic teacher or school? How do we know when a shaman is real or just a con-man/woman? Or someone simply deluded by spiritual ego? A spiritual predator? What proof is real and what is not real? One of the aspects that I have witnessed is that this is a very wobbly area. The handful of shamans I have met didn't have any type of "certification" but they were real shamans, and their race did not make them genuine (three were white). They were men and women who simply had walked the path, got stung by the bugs in those paths and had somehow managed to come out the other side complete.  The shamanic path was made super popular by the Castaneda books. And nowadays it is almost the same as saying "soul retrieval",  Ayahuasca, or San Pedro (drugs). Drugs are not necessary. The most powerful shaman I had the privilege to stand next to was the second Machi in my story above, when I was in my 30s. What I saw her do was so amazing and awesome that any doubts I may have had about the shamanic streams of consciousnesses, left me immediately.  If you are interested in exploring and expanding the Machi stream of consciousness that I carry, subscribe to our free newsletter to keep updated on the Shaman Shack progress, or better still, join the many conversations on shamanism that are expanding at walkwithmenow.com

FYI we are actively looking at the possibility of doing workshops or retreats around this topic. The thing about the "shaman", is that when a person is called by one of the shamanic streams of consciousness, they know it, and if they answer the call they will find the "right" shaman to teach them the way. In order to facilitate this, we are presently looking to establish a "shaman shack" at the Makah Reservation, in Washington, USA. The way in which the shack will function is based on a new model of community that is presently being born at WalkWithMeNow.com.