Have you felt Afraid, Angry or Stressed recently?

18 Apr Have you felt Afraid, Angry or Stressed recently?

Posted at 15:08h in Newsletters by Inelia Benz
Tweet 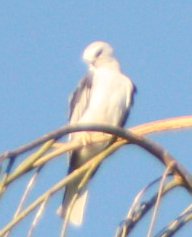 On Friday the 5th of April 2013, I felt a rumbling ANGER in the collective vibration. The anger built up quite dramatically and drastically, bringing chaos and fights to many sensitive people around the planet, and peaked on Tuesday the 9th of April.

Looking into it with other intuitives and seers, we saw that it was a powerful energy of “doing” and “achieving” that had been somehow artificially piggybacked by our shadow selves to turn it into anger and a “I’ve had enough of this” energy <read “I’ve had enough of this”, with your right fist punching the sky, a deep frown and frothing at the mouth>.

The artificial waves were huge and hit the collective very badly. They were further amplified by the media with anger generating stories coverage.

But it was not over. The rumblings continued after Tuesday, and built up into a different “flavor”.

On Friday the 12th of April 2013 we were artificially hit again, but this time it was FEAR. It has been building ever since, and peaked on Tuesday the 16th of April. Again, they were amplified by the media with fear generating stories coverage. It is manifesting as stress, irritability, watchfulness, feeling like someone is about to hit you over head, or stab you in the back, kill you, torture you, or an energy of “something terrible is about to happen”.

As I allowed the fear energy to exist, while processing it, I noticed something very, very interesting.  Again, the vibration of fear was artificial, like the anger vibration of the previous week. But this time I realized that the energy, the chi that it was riding, was independent from it. This energy of chi was powerful, strong, very “hot”, filled with light, it was pure and unflavored. And it was in every cell of my physical body. In every genetic strand, and even molecule.

It’s happening!  The power, the chi, is pure. The piggy back artificial vibrations are resonating on our own physical body as “terror of the change” in it’s molecular and genetic structure. Our physical bodies are FED UP of the pollution and physical hardship on the planet and now are AFRAID of the change they are undergoing.  They are like beautiful racing horses who experience something they have never experienced before, they get confused, fearful, they kick and try to bolt.

First of all, we allow our bodies to express to us that anger and fear.  We allow the high vibrational “chi” to exist in our physical bodies. And simply observe it. Soon, it starts separating, the chi becomes a buzzy energy, and the fear or anger, simply that emotion. The emotion, as we allow it to exist, dissolves. The buzzy energy we allow to grow, all the time letting our bodies know that we are here for him/her, and that she/he is safe. Any thoughts of being conned, fooled, trapped, used, enslaved, and taken for a ride we allow to exist and we observe them. We thank them. We process them.

Look see where the chi is “coming from”. If it appears to be external, then process the projection of your own power to a “higher being”. If you externalize your own power, that externalization can be used against you. If it’s coming from your own body, then you have tuned in. It might appear to be coming from every cell, every molecule. Or from your heart center.  It’s not external.

Remember, power is not corrupted in and of itself. It is only we who can either use that power ourselves, out of our own free will, or can hand it over to something or someone else to do with it what they want.

And that’s the core of that shadow self fear. Our physical bodies are simply afraid of unlimited Chi because we have let others use it for our detriment. And also used it ourselves for our own detriment. And any time in the past when our body elementals have incarnated this purity of chi, they have been burned at the stake, tortured, drowned and murdered in many other painful ways.

We can either choose to BE that chi, without flavors, or shadows selves dictating it, or we can say we are not ready to go there, and demand that chi to stop existing, staying physically as we have been up to now.

If you have forgotten how to communicate or connect with your physical body, use the Reconnecting with the Physical Body Exercise, in the Ascension 101 Course so you can make that reconnection with the body and work with it freely through this transition. You can also use any other tools you have that reconnects you with your physical body, or look for new ones on the internet. Make sure, if you do look around, that what you choose is a stand alone tool that is not dependent on a guru, master, teacher, or belief system and doesn’t claim to be “the only solution”!

I can’t wait to see what flavor piggybacks next Friday! Whatever it is, remember that by sitting with it, and allowing it to exist so you can observe it, it will disentangle from your true energy/power.

Share this information with others too, as many people think they are the only ones going through these waves of powerful negative emotions. Let them know they are not alone, and not helpless.  As we become aware of what is happening, and how our bodies are reacting, we take our power back and no artificial or media generated negative emotional wave on the human collective can stop us from physically becoming who we truly are. Empowered, eternal, divine beings.