Have you been thinking of dying? 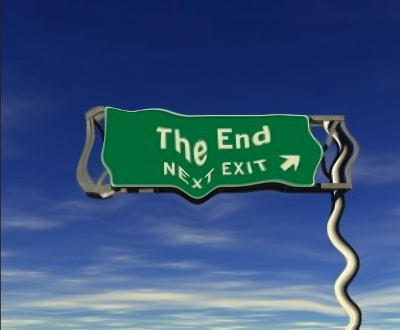 07 Apr Have you been thinking of dying?

Normally I get one or two suicide notes every few months through my internet pages or social networks.  The past two months not only have those gone up, but also messages telling me of friends and relatives, or acquaintances, of the individuals who write to me suddenly dying or committing suicide.

What’s interesting about the increase in suicide messages, is that they are coming in from people who have manifested amazingly beautiful and satisfactory lives. They are empowered, love what they are doing, love their environment and the people around them. But suddenly an urge, desire, or simply thoughts of suicide, of exiting the planet, of leaving it all at last, or of “going home”, have plagued them for no apparent reason.

In January this year (2015), I had a long road trip from the very Northwest tip of Washington State, to Sacramento, California.  During this trip, I noticed that the chemtrails had changed. They were more dense, thicker, stickier, and had a different nature and energy than they had up to then.  I also received the “knowing” that the plans to remove the majority of the human species from the planet were being carried out.

The information came directly from the human collective “knowing”.  Who was being targeted? By all accounts it appeared to be the physical bodies of those who had subscribed to Fear.  Those who decided to be vaccinated so they wouldn’t die from flu, or measles, or Ebola, or flu again, or chickenpox, or whatever.  Those who continue eating GMO products. Those who continue to eat mass, inhumanly farmed animal and plant produce.

Yet, as I scanned the human collective for these millions of deaths, what I saw was perseverance. What I saw was that the human body is not so easily killed or eliminated.

By all accounts, if we take into consideration all the fronts by which the human body is being targeted and hit, most of the human species should be dead by now.  But it’s not. We persist.

Then the suicide thoughts started to arrive from around the planet.  Those who write them, most of them, have already decided not to listen to those thoughts. Even the act of writing is a reaching out for understanding, feedback to comprehend what is happening.

I don’t have any judgment on how and when a person decides to leave the planet.  I am not sure whether leaving right now is to avoid experiences that we are not subscribing to, as the lower vibrational humans go berserk and manifest an even more hellish experience here, or whether it is an attempt to remove all high vibrational persons so that the awakening of the masses stops.

Here are a few things I do know: Life is extremely short. Most of us didn’t come here to avoid life or the games that are being played on the planet, whether these are positive or negative. All our physical bodies ARE MOST LIKELY GOING TO DIE anyway, whether today or in 60 years, they will die because that’s how most of them, and some of us, transition to the next level. Some of these physical bodies are waking up and they will not need to die, but does that mean we are then securely trapped inside them? Forever? No. Nothing can actually trap our souls. There are games and situations that can make it hard for us to “leave” but never impossible.  For thousands of individuals, who are awake, to suddenly have a desire to leave or commit suicide in the middle of an extremely short game that’s just getting interesting (even a lifetime lasting 150 years is less than a blink in a soul’s evolutionary trajectory through eternity), is highly suspicious to me.

I’m thinking it’s another filter. If you get past this one, as well as the vaccination ones, the food ones, the chemicals in the water ones, the chemtrail ones (do an internal cleanse at least once a month), then you stay.

And lastly, don’t take it personally. When we step into a war zone we find that there are blanket explosions, bullets fly from all directions, and we sometimes get hit. It’s not personal.

If you have been plagued with thoughts of death and suicide, simply scan them. Waves of these thoughts have been doing the rounds around the planet. Scan them and ask, “is this mine? Is this my body’s? Is this coming in from the human collective? From a particular group?” You may or may not get an answer to those questions. But asking them will put them into a more realistic perspective.

You can also Observe these thoughts without judgment. Simply Observe them and allow the eyes of the universe to observe through your eyes.

I would not be surprised if thoughts of murder follow next! Waves of anger, anguish and desperation have been going around too. Let them flow through, and step out, up and into your Source joylighlove core center knowing it’s just a human collective wave. No judgment. Life is short enough, your body will die eventually if that’s what you both choose.