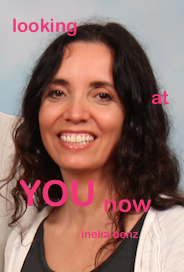 March and April 2014 were marked by many intuitives, astrologers and seers as being a really powerful energetic junction.  And, personally speaking, I’ve felt it in my own life. I’ve been down with a massive headache since the equinox in March.

When these things happen, I have a look at not only why they happen, but how they serve. How am I responding? Am I reacting? How is this debilitating condition serving me? Serving something, or someone, else?

What came to mind, is that my personal work here has an expiration date. The request I received to go public was not permanent, it was until 2017.  This is the main reason I accepted it.  And therefore, the likelihood that A) I am being taken out or B) this is the end of the world as we know it, is highly remote, if not impossible.

This is what allows me to breathe easy when I receive YET ANOTHER doomsday email, article or prediction. The financial system was about to collapse any day now in 2010. Probably 2009 too. And huge earthquakes, solar flares and [add your global disaster here] was about to hit “next month” since 2008.

Aliens were about to make first contact (officially), since … well, the 60s.

Life on the planet was going to end, and thousands of people were going to be lifted up into a higher dimension in their light bodies or their personal, and very expensive, makarbas, on December 2012.

The energetic workup to the next “event” is highly stressful at a human collective level.  And it permeates not just the collective consciousness of the alternative media and those who are awake, but the sleeping masses too, who are then also targeted with fear of financial collapse, disasters, war, police brutality, helplessness, corruption, and much drama via mass media outlets.

The human collective manifested individuals like me, those who are not here to play the game, but to facilitate the collective’s choice of changing the game, for a reason.  And the reason is that you want a different experience of physicality.

Whether the collective wants a high vibrational experience of reality, or chooses to be dumbed down into sleepy unconsciousness again, it really is up to the collective.  Everything that happens to our human experience is a choice. Most of the time it is an unconscious choice, or choice made by our or other people’s cultural or social programs, but it is still a choice.

But let’s return to 2017. Many individuals have asked me why 2017. What will happen in 2017, will I die then? Will the planet end? Will the game end? What’s going to happen? Well, I can tell you one thing, the human experience game will not come to an end for millions of years. It will shift, change, and become something different, but will still be the human experience. I can also tell you that I have no idea why 2017 is a key year.  I have a sense that the window of opportunity for individuals to step into their power will end.  But how and why it ends? I guess we need to wait and see.

I have many highly awakened and enlightened friends. People who in other cultures and other times would be considered avatars, Buddhas, enlightened masters, gurus, and world renowned philosophers and teachers. Now they are, Jenny down the street, little Tom’s dad, Aaliyah the realtor, and the list goes on. There has NEVER been so many conscious and awake individuals on the planet as there are today.  Think about that.

Most awakened individuals feel alone, and that they are the most awake person in their own environment, so it feels like a nasty world out there.  And then he or she goes into the internet to find out about others of similar awaken-ess, and they find that the world is about to end next week. So yeah, it’s frustrating.

But here’s something that might help.  This very moment, this moment when you are reading the word “word”, this time in linear time/space, is unique. It is also PERFECT. You, and billions of other human beings have created this moment to be exactly as it is right now.  Listen to the sounds around you. Feel the quality of the air on your skin. Hear what other humans are up to around you. Look at the screen where these words are being projected onto your retina, for your mind to interpret. NOW.

This moment is PERFECT.

YOU are perfect. It has taken how many years for you to be in this moment? How many programs? Dramas? Story? Importances? Queries? Awakenings? YOU are here now. And YOU are the creator.  Step into that knowing, and allow the present moment to unfold. Feel its vastness, its completeness, it’s busy-ness.  Feel its beauty, its noise, its quietude.

Most importantly ALLOW IT TO EXIST. Allow YOU to exist. In this moment SEE YOU.

You see, looking at the world ending next week, or what’s going to happen in 2017 is a simple strategy of distraction. The tool that allows others to pull you out of your personal power, the power of the person, which exists outside of linear time and can be felt and exercised in the eternal NOW.

LOOK AT YOU NOW.