Duality and its Role in Ascension 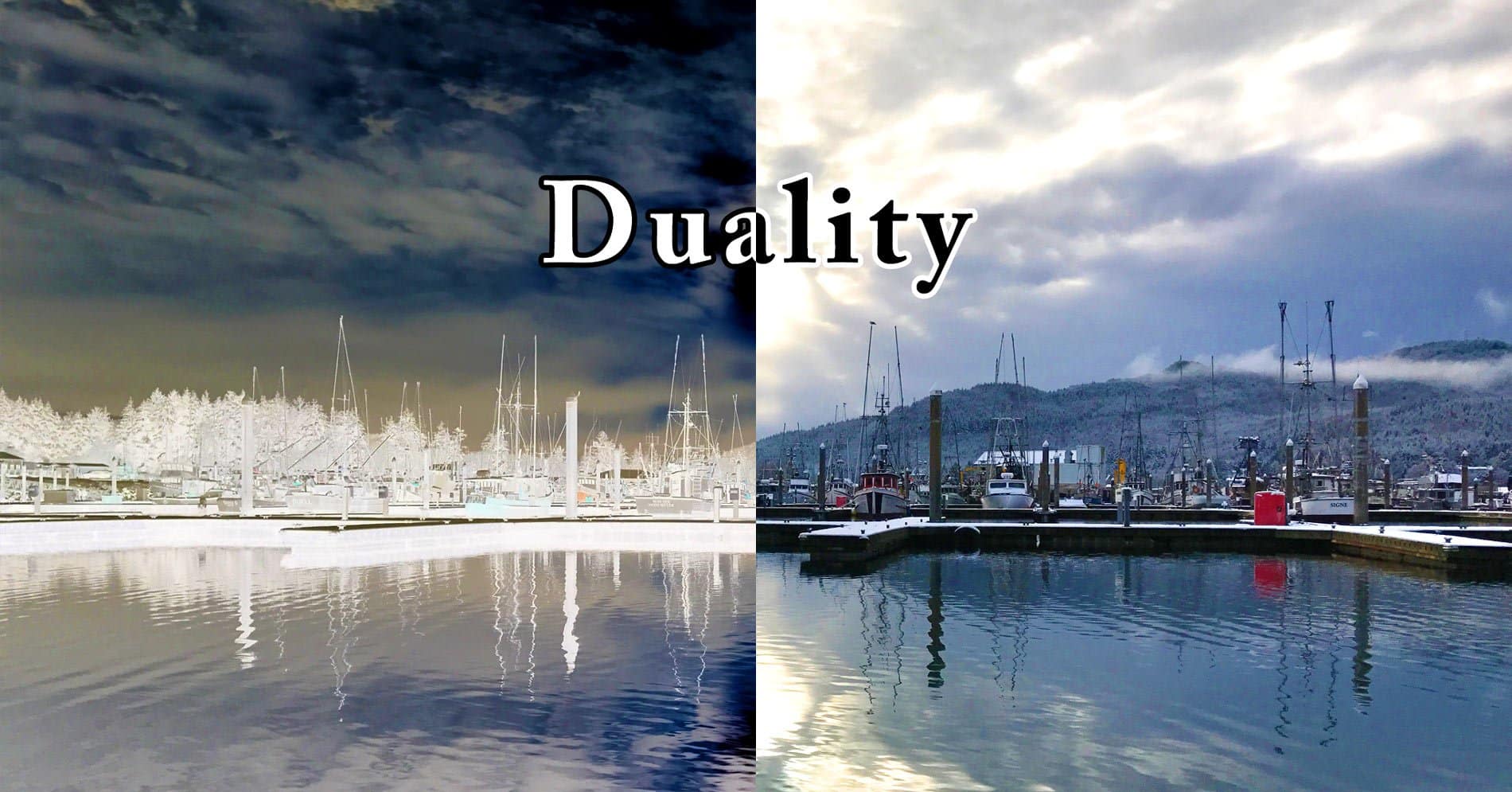 13 Jul Duality and its Role in Ascension

Duality is a dirty word in the circles of Enlightenment and  Oneness.  We strive to move past duality and into Oneness, integrating all without judgment.

However, the thought of integrating light and dark, “good” and “bad”, male and female, is rather hard to conceive.  They are so different, so “opposite” to each other.  We tend to take sides.

Often when I speak to people about integrating “dark” into Oneness, they see it as an “absorption” of the darkness into the light.  But the reality of it is that this is not so.  Oneness doesn’t have sides. It is not “light”.  It is complete.  It doesn’t have either light or dark, it is not non-duality.

A person or place that is only “light” is in as much dissonance to Oneness as one who, or which, is only “dark”.

When “light” is integrated into Oneness, it too vanishes, it cannot exist as light.

So, what is the role of duality and how can we use it for ascension?

Duality exists within the 3rd, 4th, 5th and slightly in the 6th dimensions.   In this system there are 12 dimensions which are reachable through conscious awareness.  There are however an infinite number of dimensions. The 13th, for example, is out of our awareness, as it exists outside the parameters of conscious observation of the universe, we therefore conceive it as simply a void.  Without consciousness, matter and energy do not exist.

In these dimensions, 3rd, 4th, 5th and slightly in the 6th dimensions, there is also the “law” of energy exchange, and the experience of existence within a physical reality, albeit less solid the higher the number. The 3rd dimension is presently upside down with regard polarities, which causes separation and destruction.  Once it moves back to it’s proper polarity (which is not about the Magnetic Poles, but rather one of energy configuration within the feminine and masculine energies), it will become balanced and … well, more pleasant.

It appears that the 6th is the dimension where beings can start to experience existence within Oneness.  It is the transitional dimension.

Duality is an extremely powerful and dynamic construct.  Putting the opposite polarities of two magnets together binds them as one, creating a larger energy field around them.  By turning the polarities around, the magnets repel each other, causing separation and “otherness”, as well as stream of energy, which is where our 3rd dimension is at the moment and the shift is about it going back to it’s proper configuration, where the ends lock together and create a larger, and stable, field.

In order to understand it more easily, visualizing it as an onion with twelve layers is helpful.  However, these dimension all exist within one point.  They are not separate from each other, they don’t even “co-exist” with each other. They are in fact all One.  On Earth there are people, animals, geographical areas and places which do exist in, and hold the consciousness of, each of the other 11 dimensions within our own 3rd dimension.

As the Earth ascends to it’s next step, which for some is the 4th dimension, and for others the 5th, all the dimensions will take a leap to their next level.  And consciousness will enter the 13th dimension, making it accessible to all beings.  At the same time, a new 1st dimension will come into existence.

My thoughts are that Duality is in fact the fuel that powers the evolution of all the dimensions, and thus is necessary, but having it as our primary existence, especially at a time that it is not properly configured, is not a good idea.  Try to tap into each of the other dimension and explore them, they are available now, within your self.

The “system” of 12 dimensions is just one way to look at it, a way to dissect reality in a way we can comprehend it. However, we could just as well dissect it into 24 or 30 or whatever, taking smaller and smaller chunks to explore and ascend through. The number of dimensions are infinite and not readily classifiable as they are all integrated in Oneness.