Alien UFOs exist – And this is why the government won’t let you know about them. 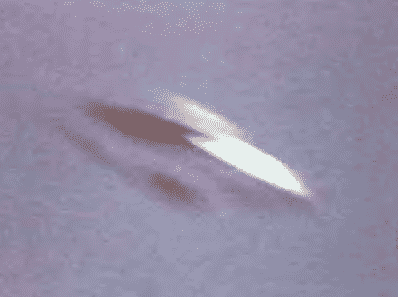 10 Jun Alien UFOs exist – And this is why the government won’t let you know about them.

The ONLY reason why we have not been “formally” told by our government that our species is in constant contact with Extraterrestrial and Ultradimensional Aliens is because of POWER.  Power over others, power to do, power to own and sell new technology.  The reasons why Alien species have not made their presence commonly known to the human masses is because of PERSONAL AGENDAS and our own blindness.  There are agendas that benefit them, and our shadow governments, to keep us in the dark. And it’s not because most of us plebs would panic and kill ourselves. Nope. It’s about us plebs having access to technology, knowledge and awareness that would make each person unstoppable and uncontrollable. And our own blindness, well, we refuse to see them.

ETs and UlraDs DO exist. They are all around us.

A while back I talked about how I wanted to develop a methodology of teleportation. One that could be used by everyone on the planet, to travel anywhere they wanted to go.  About half the responses I received to this possibility were from people telling me not to discover or disseminate this information.  Why? Because, according to them, it was going to be used to abuse power, for criminals to pop up inside their bedrooms and rob or rape them. Basically, they were firmly against the dissemination of this technology due to fear. Plain and simple.

I am no stranger to UFOs, I have seen them various times throughout my life, and usually in highly populated areas. It has occurred to me that most people wouldn’t see them unless one points up to them and says, “look! there’s a UFO up there!” and they would then see it. But often forget about it a couple of days later.

We are extremely good at limiting ourselves. Our own limits define our spectrum of reality, the things we become aware of, and the things we remember. The main reason is collective agreement of the reality we presently choose to live in. And a holding on to whatever importance and games we are heavily invested in.

One of the limits is about our true history. Where we came from, our origins, our nature, our abilities, capacities, and power.

As a collective, what was impossible 100 years ago, is now common. Change in reality happens all the time, and something that did not exist, or was impossible one moment, is possible and completely normal the next.  We do this as a society.  Each society having it’s own limitations, awareness of surroundings, beliefs about men and women, family, power, and all the rest.  Even some countries in the West have fully embraced the knowledge and knowing that ETs and their crafts exist. But in the USA it’s stilled officially “laughed at”. Because the alternative would be for the shadow government having to share all the technology that has been reverse engineered by the shadow government and private enterprises.  It would mean that suddenly, we could all have small devices in our homes that would provide enough energy to run a regular house for hundreds of years and more.

But the more people who become aware of something, the more it becomes “normal” for us as a society, as a species, and the faster it manifests in our daily lives.  Anyone over 30 will remember the days before smartphones, for example, or even cell phones! They were just a fantasy depicted in sci-fi movies. Now look at us.

Another interesting bit of information that is being “discovered” around the world is that our history goes way longer than the few thousand years we thought we even existed. And to support that information as true, all sorts of highly advanced cities and pyramids are beings discovered around the planet, in the Oceans, Poles, inside mountains (which were thought to be natural formations) and other interesting locations.

So, what do ETs, UltraDs, UFOs and Teleportation have in common? Simple. It’s “vibration”, or resonance.  Looking back at the moments when I have seen UFOs, and the times when I was able to spontaneously teleport, the common denominator was vibration, or resonance to a certain frequency of vibration.  Think of it as a camera changing focus, or a radio changing stations. The moments in which UFOs appeared, they seem to be responding to an energy, feeling and a mind set, that I and present individuals were feeling. It is almost like certain ET technology is designed to respond to us. This is clearly seen in key locations on the planet where people gather to UFO watch, or with those individuals who have learned to “call UFOs” at will.  And at least one UFO technology appears to use teleportation through time and space to make themselves present in our 3D awareness of the world. Keep in mind that there are multiple races of ET, and UltraDs around. Not all friendly, or unfriendly, so use your discernment and process your fear (which can be used against you).

This is just the tip of the iceberg. The fact that our shadow governments refuse to share this technology with us, that we are not educated on the use of teleportation or expanded awareness communication, CANNOT stop us from “discovering” these methods and technologies ourselves.  The more of us look at these topics, these possibilities (even if we think they are farfetched), the more of us look toward  these possibilities, without judgment, the faster and wider the door will open for us to access the technology and abilities.  All we need are numbers.  More individuals looking.  We are extremely powerful by ourselves, and even more so when we join in intent.

What do you say?  Want to look in this direction with me? If so, share this article with anyone who you think would also be willing to join us in cracking this topic wide open and stimulate a change in our society that has ETs, UltraDs and their abilities and technology (including teleportation), as something completely “normal” in our culture, society and species.

This is an amazing article and, in my opinion, one the very important ones on the website. It is about power and keeping us under control. And we allow it, by accepting not to look at these issues and dismiss them instead.

Technology that would make everything super cheap (or even free) would end the slavery and the money paradigm virtually over night. The so called “global controllers” would become obsolete as they cannot control a happy human that has the tech to provide for himself or his family.

It is my hope that our readers will take this to heart and really understand the implications of this article.. Apart from raising our own awareness as a being, I think this is the most important thing we need to be looking into right now. The tech is here, the ETs are here, but very few individuals demand access to it, and of those few even fewer are doing it from a place of self-empowerment.

The ETs, Advanced Tech, Self-Empowerment and High awareness are very deeply connected and working / looking at any one of them will likely help with the others as well.

If you haven’t already we recommend reading the book “Interview with an alien” and also understanding the “Rules of Engagement in the new Paradigm“.