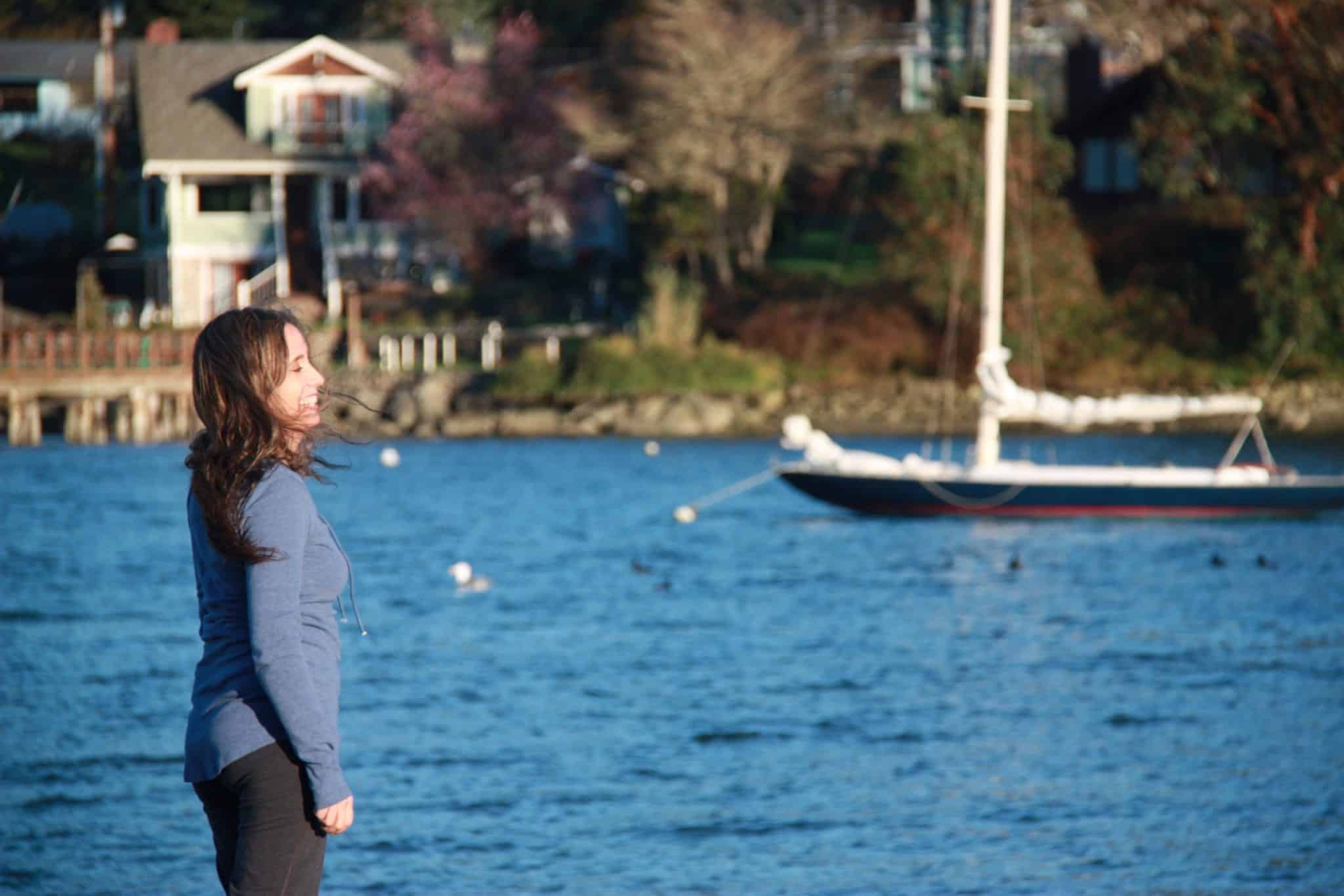 Let me tell you about myself and why this website exists. Most “about” pages are in the third person, and mine was for quite some time. Mostly because I had other people write it as I was too lazy to do it myself. But this time I decided to sit down and write something more personal. As a novelist and storyteller, this task gets wrapped in my energy fast, so I decided to edit the third person account that others kindly wrote, still in the third person, but with my inner thoughts and comments added throughout (in parenthesis).

Oh! And nice to meet you! I hope you stick around and use all the tools and information I am bringing for you to become the empowered and the sovereign being you came here, to Earth, to be.

I also hope you are not a freeloader who will just take and use the free stuff from my page, but will instead support me and my team in return by purchasing a class or joining walkwithmenow.com (this is what I call a purging paragraph. People running victim/aggressor programs or poverty programs that they are not willing to drop, will leave now. If you are still reading, but can’t afford anything in life right now, use the free tools every day and you will soon be able to complete the energy circuit because your poverty programs will be gone, and you are definitely not being ruled by any victim/aggressor programs… how do I know that? You are still here!)

OK, let me tell you about me. Whenever we start a story, we need to figure out when to begin. A good start is “once upon a time, in a kingdom far, far away”, so let’s begin with a similar line:

It was 1966, in a remote land called Valparaiso, Chile (not remote if you live there, but definitely remote for everyone else), a child was born to Inelia and Paddy, a couple who already had two kids and were going through a terrible breakup at that time. To attempt to bring them back together, the father, Paddy, suggested they name the baby, a girl, Inelia after the mom. Baby Inelia was beautiful and was set to bring the parents and her siblings years of unconditional love.

Unbeknownst to them, baby Inelia was not a regular person. She was, in fact, very unusual indeed (yup, that was me, just in case you were wondering).
Unlike her parents and siblings, grandparents, uncles and aunties, cousins and all friends in her life, this baby had never incarnated before.

Not only had she never incarnated on Earth before, but she had never incarnated in the Universe before.  She was straight out of creation and into a physical body elemental who, thankfully, was well versed and highly experienced in expressing physically on Earth.

Two things happened due to this huge difference between baby Inelia and all the people around her. One was that she was born free from self-importance, attachments, personal agendas, and free from the desire to evolve either physically or soulwise. The other thing was that she became an instant target for the shadow entities which ruled the planet and that area on Earth at the time. There were several attempts on her life even before birth, while she was still a baby and well into her teen and adult years.

Thankfully, she didn’t take it personally and never fell for the victim/aggressor cycle. (You are welcome).

It didn’t take long after birth for her to become conscious and aware of why she had been created on Earth as a singular consciousness. It was to make the human collective, and entire sentient consciousness of the planet’s creatures, vibrate at a higher level than it was doing at the time. A higher level both of frequency and volume. She didn’t know how to express this mission as a tiny child, so she would often tell people that they needed to buzz better and that the human collective needed to buzz better, making a bee sound with her lips as she tried to explain what they needed to do. Of course, this type of advice coming from a tiny tot didn’t get much attention, and the adults and kids around her completely ignored it.

Years went by and Inelia, untrained and under constant attack from her loved ones, random strangers and larger society, tried to figure out both how to live on a crazy planet where people got negatively triggered by her presence as well as how to get people to understand that it was a crazy planet (to be fair, there were also many people who got positively triggered by my presence, even as a child, even randomly prostrating in front of me and asking for blessings, I would of course bless them, which is a temporary yet powerful heart to heart unconditional love connection).

As she grew older, she tried emulating other people’s actions by getting married, having children (omg having babies is the best thing in the entire universe!) and learning what the big deal was about “suffering” (bad, all! Don’t do that!. Suffering is just a trap, don’t go there it won’t teach you anything).

She eventually realized (yes, very slow on the uptake here), that apart from the joy of having babies, the rest of “normality” was an absolute waste of time and energy. Emulating “normal” on this planet was no more than a trap and didn’t do anything to further the work that she (and billions of other lightworkers – yes YOU) came here to do.

In her early 20s, she realized a key to mission success could lay in human communication. She enrolled at Dublin City University in Communication Studies and graduated with a First Class Honors Degree (what can I say, I’m a bit of a genius. I did it at the same time as taking full time care of three young kids and during my stint as an abused spouse – OK, not so genius).

She then perfected her grasp of communication by observing and studying organizational communication, human physiological manipulation, the cult mind-set and the influence of social media (this was a LOT of fun. I am still totally fascinated by how sentiency communicates in this physical Universe).

In January 2010, she received a request from Source to “go public as a person” in order to promote the message of empowerment and sovereignty to the masses  (this really sucked for me as I am a very private person. I could have said “no”, but they asked pretty please with a cherry on top – again, you are welcome). Emerging from anonymity, she became a messenger of personal and global empowerment. Over the next decade (and counting), she has worked tirelessly to explore, investigate, develop, and disseminate tools, including meditations and exercises, that were quick, mystery-free, and highly effective — tools used by millions of people to achieve personal empowerment and, in so doing, to contribute to the goal of raising the vibrational frequency of the planet.

(I have to say, it has been an absolute blast and great joy to connect with so many of you personally, and as I recently calculated the reach of my tools to be over 8 million people it made me happy to see that everyone who found the tools has been hard at work in getting this planet back on track and back to its natural high-frequency state. My heart sings every time I think about this! So don’t be left behind, you know what you are here to do, get doing! Use the tools and take the classes NOW).

You can find Inelia at:

Newsletter (I send stuff out every week, make sure to subscribe!)

WalkWithMeNow.com (I hang out there every day, it’s part of my daily routine. The energy is super high there and the discussions are mind-blowing. Study groups, book readings, the first drafts of my novels are posted there months and sometimes years before public publishing, so get on there today!)

Telegram (This is my main social media site, we post every day, it is well administered by the team and me, and you are guaranteed to receive every single update I post! Unlike some other sites I will not mention)

Facebook (We don’t do that one anymore. It is too dark, get out while you still can!)

Podcast (gotta tell you guys, this one is my fav. My sweetheart, Larry, and I have in depth and funny conversations on our drives in and out of the Makah Indian Reservation in WA, where we live, the podcast is under Inelia Benz and it’s called “Driving to the Rez” and  you can listen to it on your favorite podcast channel.)

Ibenzacademy.com  (This is where to go if you want to become a certified iBenz Method practitioner. Formal training for The New Paradigm – passing the torch onto you!)